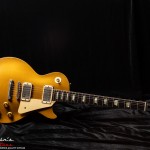 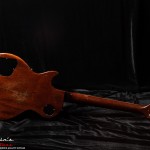 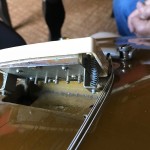 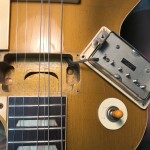 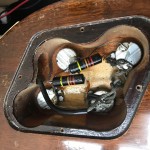 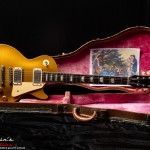 This is a very rare 1957 Gibson Les Paul PAF Gold Top (SN# 75216). There were very few of these made in 1957, and this one has the particularly rare and sought after dark back. I’ve owned many PAF Gold Tops over the years, and I’ve got to say this one is the most vibey and appealing out of them all. It has a particularly great feeling neck; big and round. I’ve recently had some friends play it, and one of them referred to it as a “Burst Killer” due to the sound.

In the last two years, these guitars have increased in value and desirability, and I don’t find these early dark backs very often. This one in particular has an incredible combination of feel and sound, and I feel it is priced fairly considering.

The included picture is of the man who bought it in 1969, playing the guitar.