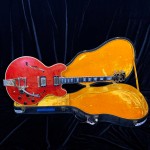 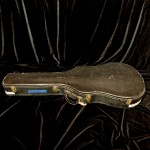 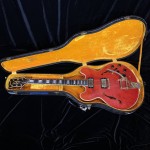 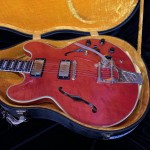 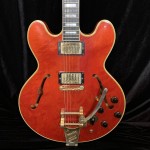 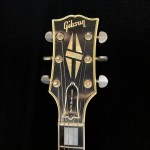 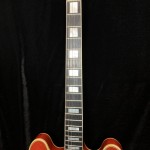 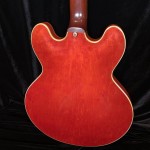 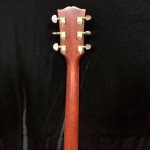 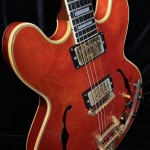 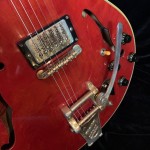 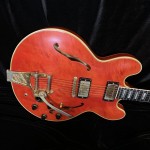 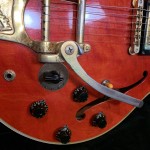 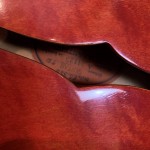 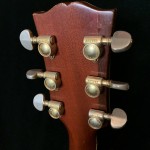 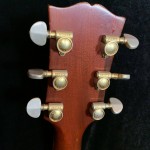 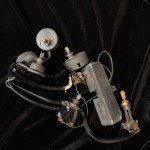 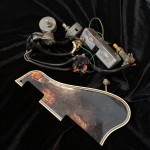 This was my personal guitar for many years. It is a spectacular player’s grade guitar, NOT a collector’s guitar.

It is a factory Bigsby.

When I bought it, it came with double white PAF pickups.

I took the double whites off this, and put them on a flamey 1959 Les Paul Sunburst Flame Top.

I replaced them with these early ’60s double black patent number pickups.

The guitar was retunered at one point with Schaller machine heads/tuners, but it has period-correct gold Grovers back on it.

The Varitone circuitry has been removed, and it is now wired for mono.

The original pickguard has started to deteriorate; it is included in the case, as well as the original Varitone circuitry.

It’s got a very comfortable and round ’59 style neck. The original factory frets are in good condition, and show minor playing wear.

It comes with the original black factory case.