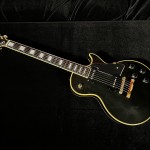 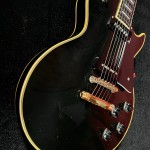 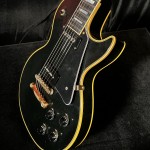 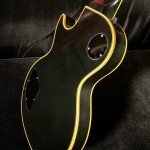 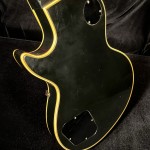 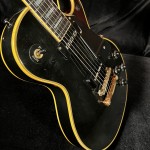 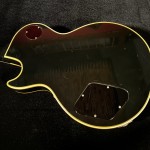 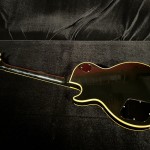 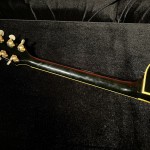 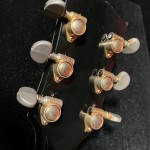 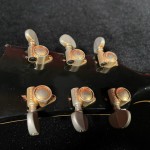 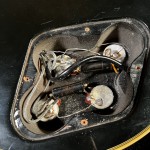 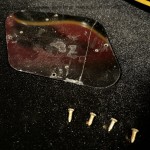 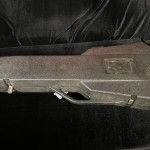 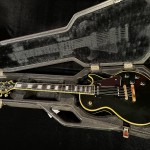 This 1972 Gibson Les Paul “Limited Edition ’54 Custom” (SN# LE773024) is a great example of one of Gibson’s first limited edition reissues of their golden era designs.

The original Gibson Les Paul (in its original shape) was discontinued in 1961 and replaced with what was soon called the “SG”. The 1972 re-release of the ’54 custom was made in response to the increasing demand for the original Gibson Les Paul shape and design. This Gibson Les Paul is from the later part of 1972. This guitar has had no breaks, repairs, or cracks. It has a one piece neck and a one piece body, with no volute on the back of the neck. It has an Alnico staple pickup in the neck position and a standard P-90 in the bridge. The pickups, electronics, hardware and plastics are original and in very good condition. The tuners have been swapped for Grovers (a common modification from that period) and the back of the headstock shows the extra holes for the mounting screws from the originals. The finish is in excellent condition with only a few minor bumps and scratches. The Pickups read 6.7K Ohms in the neck position and a meaty 8.2 in the bridge. It is an exceptional player and has had a professional refret. The guitar weighs a moderate 8.8 Lbs and is balanced nicely. The weight is lighter than many guitars from that time period, adding to its desirability. It comes with a non-original black Gibson Chainsaw case.