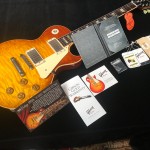 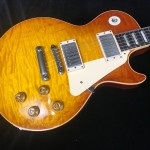 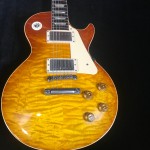 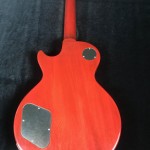 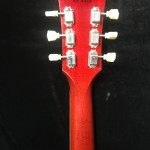 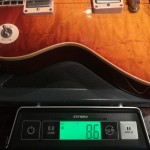 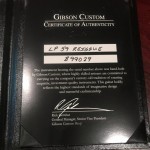 In 2008, Guitar Center and Gibson Custom Shop persuaded me to do a run of ’59 Burst Reissues. At first, I wasn’t sure if the Custom Shop would be able to build a guitar to true ’59 specs. So accepting their challenge, I brought a really good original ’59 to Nashville to the Gibson Custom Shop. I told them my main concern was that the guitar needed to feel like a ’59 through and through. I wanted to be able to be blindfolded, handed the guitar, and be unable to tell if it was a reissue or an original ’59 Burst. I purposely did not want the most flamey, book-matched tops. I wanted some nice figuring, but not over the top or perfect; just like the original ones. After spending a week there, and making sure the guitar was built to my specs, I made friends with most of the people of the Custom Shop, and they made a guitar with a lot of love and respect for the original ’59 design.

The first run of the Burst Brothers ’59 Reissues has become one of the most popular reissues that Gibson has ever done. It has gone on to develop it’s own cult following. This guitar, SN# B9 9029, is a perfect example of the run that I am really proud of. It’s all original, as it left the factory, with the original pickups and wiring harness. All the paperwork, including the signed certificate, is included with its original case.